Blackgate Paranormal are an experienced team of paranormal investigators, leading the most exciting ghost hunting experiences in the Cheshire area.

Dare you stay for any length of time in the scariest and most popular haunted venue in Yorkshire, deemed to have avid poltergeist activity? The poltergeist, later to become known as the Black Monk of Pontefract, began disturbing the Pritchard family in 1966 very soon after they first moved into the property. This was the start of many ‘happenings’ that was to show prevalence for years to come that made the house famous. The run down ex council house situated on a non-descript part of an estate has been voted the ‘most haunted house in Britain’ and is said to be haunted by a monk from the nearby Cluniac Monastery who was hung for rape and murder on nearby gibbet in the 16th century and flung down a well, the strange thing is the property is said to be a little damp inside and was found to be situated over the ancient well the monk is said to be thrown. Available events: 11th October 22 FULL 7th Dec 2022 FULL 13th March (limited availability) £40 (optional sleepover with light breakfast) deposit of full payment optional DISABLED ACCESS: This is a typical semi detached house, ground floor is accessible by wheelchair with stairs to the upper floor

This is a venue NOT TO MISS, we’re very excited, Mill Street Barracks has oodles of of history from nuns, to soldiers and dark masses and unexplained sounds and are said to be aroused when wartime songs and sirens are played throughout the building. Many soldiers are said to frequent these barracks with investigators reporting seeing apparitions of soldiers walking through the rooms and their presence is often accompanied by poltergeist type activity. A solider believed to be called James or Jack is said to haunt the barracks and paranormal groups have reported him to have an eye for women. It is said that if he is attracted to the woman he has a habit of grabbing and inappropriately touching them. If it a woman that he finds less attractive he is said to try to scare them and physically push them. He is said to only interact with female investigators and believes himself to be superior to other men and will ignore and not react to their requests. A black, three legged dog named Bruce, who lived at the barracks, often seen and is believed to be looking for his master. At times he is also heard growling from a silent, darkened room. As if this wasn’t enough, in the cellar, a sinister dark shadow has often been reported and has resulted in guests being literally scared stiff and unable to move through fear and shock. Join The team if you dare 8pm - 2am, £35 pp (small deposit secures this event) with drinks and snacks for the duration of the evening Use of all the ghost hunting equipment. Table tipping, seances, Ouija boards, dowsing rods and much more

Our chosen venue is situated in the heart of Winsford town and has always been a local hostelry providing our community with a place to go and enjoy an ale or two with friends. The building was first occupied in 1767 and opened its doors as The Cock Inn. Situated in an area of the marketplace known as ‘lady of the night’ it was a drinks establishment for the men and travellers of Winsford. In 1780, The Cock Inn changed its name to The Royal Oak, then in 1975 - some of you may remember - it became The Bees Knees. It changed to Chasers, De Bees and to the present day…THE HIVE. The history of the building is what makes it of such interest to paranormal investigators. Footsteps have been heard, and the cellar and upstairs rooms are particularly active. The occupants of the building, over the years, have many a story to tell. We won’t be telling you these stories so those of you who are sensitive to the paranormal will have the opportunity to share with us anything you see, feel, hear or sense and we might be able to validate them with what we know of the buildings history. The next date available is 18th NOVEMBER 22 £25 pp, includes an evening with experienced investigators, use of all the equipment, drinks and snacks throughout the evening from 9pm until 2am DISABLED ACCESS: The hive is large venue multiple levels. The cellar has a small wooden stair well with low ceilings, maybe a struggle for mobility impaired persons. The stairs to the first floor is accessible

The Ring O’Bells in Warrington is an absolute gem of a premises for us ghostie finders to explore. It’s a quaint 18th century pub nestled in a quiet cobbled street at the foot of the beautiful church, St Elphin’s. This pub has served the local people of Warrington for centuries. Blackgate Paranormal have secured two nights in this historic and beautiful building and are pleased to offer you use of the cellar, outbuilding, main bar, function room and upstairs flat for a very exciting Paranormal Event. We spent some time in The Ring O’Bells and it wasn’t long before things were thrown in the cellar and cat balls were being pushed off chairs! Come and spend an evening with our investigators, you’ll get to use all the latest electronic equipment, hold seances, use the Ouija board and experience table tipping. We will then venture out into the graveyard next door in the dead of night to investigate further so it’s definitely not for the faint hearted! Our exciting event runs from 10pm to 3am, we hope you are able to last the evening… The dates available are Saturday 2nd July and Saturday 10th September.£25.00 PP

Welcome to this little hidden gem, who knows what lies in the dark shadows of this old war time hospital that was later converted into a theatre. You can feel the magic when you walk through the door. Various areas are active hotspots but only we know where they are , there is so much documented Paranormal activity,  involving physical contact, shadow figures and equipment being moved. Dare you enter the theatre after hours and take Central stage or tackle the playful spirits of the dressing rooms ?? Join us in contacting the ghosts of the past that still reside there . Next date : Date 23rd Sept 9pm-3am 25pp STILL HAVE AVAILABILITY

This dated pub that once faced demolition has been the source of so much activity of late, including the paranormal kind it seems. We wont disclose what has been occurring, but here is your chance to join the crew as Warrington's residents fall asleep and we awake the troubled spirits. Explore the whole of the pub and go underground and sit in the old servants quarters, hopefully they will share their stories. Using both state of the art and traditional equipment join in with séances, table tipping, Ouija boards and much more Blackgate Paranormal will guide you through a night to remember in this public house that has never been investigated before by the public. This will be a late night Ghost Hunt the week before Halloween so hauntings should be high !!!! 20 places available just £25 pp including refreshments and nibbles throughout the night. Join us if you dare on the 23rd October 9pm -2am at The Blackburn Arms Pub, Orford Green , Warrington, WA2 8PL. booking link below https://www.blackgateparanormal.co.uk

2023 - Penrhyn Old hall is the oldest building in Penrhyn Bay, dating back to the early 15th century. It has tales of murder and suffering. A human skeleton was found at the property in the 1900's and the withered hand of a murdered monk who was hung, drawn and quartered, ever since the phantom monk is said to reside at the hall. A ghost of a young girl who is said to have been murdered by her sisters for trying to marry outside the catholic faith, a ghostly soldier, the spirit of a bad tempered man, elderly woman and mischievous children are all still present 11th February, 3rd June 9pm - 3am £35, small deposit secures your event drinks, snacks and plenty of ghostly goings on .... its a must

'The house that cries' This ancient house in Wolverhampton has many chilling stories to tell. During our ghost hunt within the walls of 'The House That Cries' you will have the opportunity to investigate the centuries old rooms, sinister cellars and foreboding servants quarters. Little is known of the history of Graisley Old Hall until the 16th century but evidence shows that the property was in existence in 1377. In the 17th century one of Oliver Cromwell's justices of the peace lost the ownership of the house as he used it to pay off a gambling debt. The old former hall gained it`s name as the house that cries back in the 1980s by a Midlands Newspaper, This was because strange mysterious pools of water would appear in this old hall with no logical explanation. This old haunted house has been on the receiving end of whispers moans and groans for many years. The owners who reside on the opposite end of the hall have experienced poltergeist activity on many occasions. Heavy footsteps have been heard here, along with many guests seeing an apparition of what appears to be a boy by the fireplace in the main sitting room. Door handles have been seen turning and moving by unforeseen hands, doors heard banging or rattling. Are you ready to step out of your comfort zone ? We have secured two evenings in 2023 25th March 2023 22nd July 2023 £35 pp including drinks, snacks throughout the evening , use of the investigation equipment, time with experienced investigators and lots of experiments. please feel free to bring your own cameras, recording devices etc. Its your night lets make it a good one !

We are very excited to be able to carry out an event at the home of 'Gentleman Jack', the home of the fabulous Anne Lister The hall was owned by the Lister family from 1615 until 1933, when the death of John Lister led to it being donated to the Halifax Corporation and opened as a folk museum. Its most famous occupant was Anne Lister who inherited the estate in 1826 following the death of her uncle James. During her tenure she made extensive alteration to the building and grounds but further improvements were curtailed by her death from the plague on her travels in Russia in 1840. Experiences include encounters at dawn with a nebulous black shape moving overhead and on several occasions the smell of pipe-smoke in the cellar and tower, thought to be an echo of the last occupant Dr. John Lister, a noted antiquarian and inveterate pipe-smoker. There are also reports of a former curator who witnessed the spectre of a cat pass straight through her office wall; the ghost of a girl drowned in a nearby pond, who only appears in summer; and finally the manifestation of a headless coachman who drives around the grounds by night in a distinctive yellow-liveried coach made for Lord Lonsdale in the 18th Century and now on display at the Hall. For £40pp you will have access to experienced paranormal investigators, numerous equipment and experiments, full access to Shibden Hall, drinks and snacks all evening from 7pm - 1am

For questions or requests for visits, please contact us and we will get back to you soon. 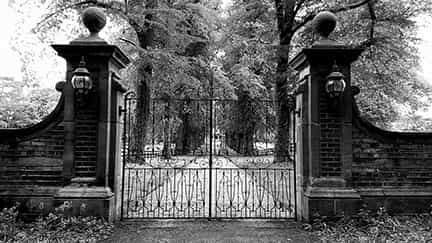